HomeGADGETSIOS 16: Here Is A Recap Of The New Features
GADGETS

IOS 16: Here Is A Recap Of The New Features 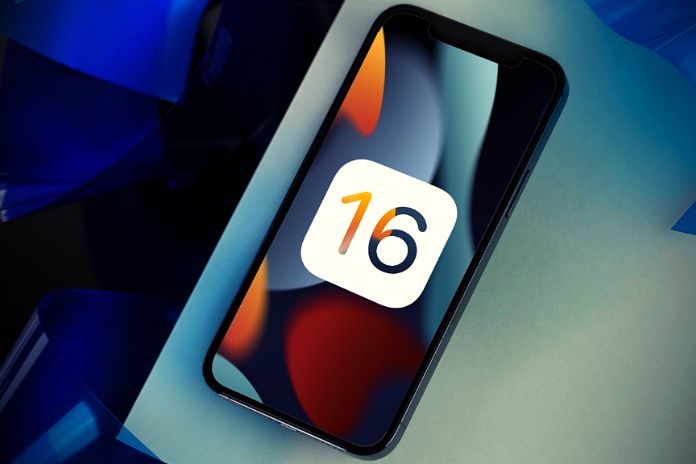 iOS 16 will introduce many new features for iPhone users. Apple again emphasizes privacy and interface customization with its latest software update. Yesterday, Apple kicked off WWDC 2022. This is the meeting of the year dedicated to developers and fans of the Apple brand to discover the latest Apple software innovations and certain new products.

During the conference on Monday, June 6, Apple unveiled iOS 16, iPadOS 16, watchOS 9 and macOS Ventura (macOS 13) in terms of new software and the M2 chip with the new MacBook Air and MacBook Pro on the hardware side. We will come back today to the many unique features announced on iOS 16, which will land for everyone next September, but as of today, for those wishing to register for Apple’s beta program.

One of the main new features of iOS 16 is the ability to customize the lock screen. Awaited for a long time by users, this novelty will be very well received by compatible iPhone owners. The Cupertino company allows users to personalize their lock screen by integrating a style into their wallpaper and changing the time font with iOS 16.

Wallpapers can also be displayed in relief and spend time behind a subject or an object, depending on the chosen photo. And that’s not all because users can also integrate widgets on their lock screen to display additional information such as the outside temperature, the battery level of their accessories, the calories burned and many others. To change the lock screen, just long-press the screen and click Change at the top of the screen.

Still, at the lock screen level, iOS 16 will now display notifications at the bottom of the screen for a less intrusive appearance on the net. And with the new Live Activities feature, users will be able to better follow live notifications – for example, to follow a delivery in progress or the score of a match. In addition, the Concentration mode will offer a new model for the lock screen: it will be possible to change the configuration of the chosen Concentration mode directly from the lock screen without having to go to the settings.

This can come in handy when you leave work and want to see more notifications appear quickly. Users will also have the option to change the display lock screen, with one wallpaper when you are at work and another when you are at home. In addition, iPhone owners will now be able to filter the content of applications that appear in notifications.

We now move on to the Messages application and its many new features. Users will be able to modify a message after sending it, which is very practical when typing errors are made, or information is mistaken in a statement. Just long-press on a letter to edit it. Users will also have the option to unsend a message and delete a message from the conversation.

The dictation mode also becomes more practical: users can start writing a letter, then switch to dictation mode and return to writing via the keyboard without changing the way for better fluidity. The Live Text feature will also allow you to translate what you can with your iPhone instantly. Moreover, the part will automatically recognize text in photos and videos and allow you to cut out people or objects in no time.

Apple also unveiled Safety Check by introducing iOS 16. This new tool will allow users to manage permissions and information or password sharing with other people or third-party applications. With just a few clicks, users will be able to revoke rights granted to others. This new control tool will come in handy to remove an abusive person from your digital privacy by preventing them from accessing your location or other sensitive data.

The Maps Application Is Enriched

With iOS 16, Apple improves its Maps application (formerly Wallet) by launching several new features around Apple Pay. The first is Apple Pay Later which will allow users to pay in four installments at no cost (part reserved only in the United States for the moment). Another novelty, which on the other hand, will be available worldwide, is the possibility of tracking orders with Apple Pay. Apple has partnered with Shopify to provide the necessary tracking information. Finally, Apple took advantage of WWDC 2022 to officially launch the Tap to Pay feature, allowing merchants and small businesses to turn their iPhone into a TPE without needing an external box.

Also Read: What Are The Rules For Good Graphic Design?