Web3: What It Is, How It Works, & The Implications Of Cyber Security 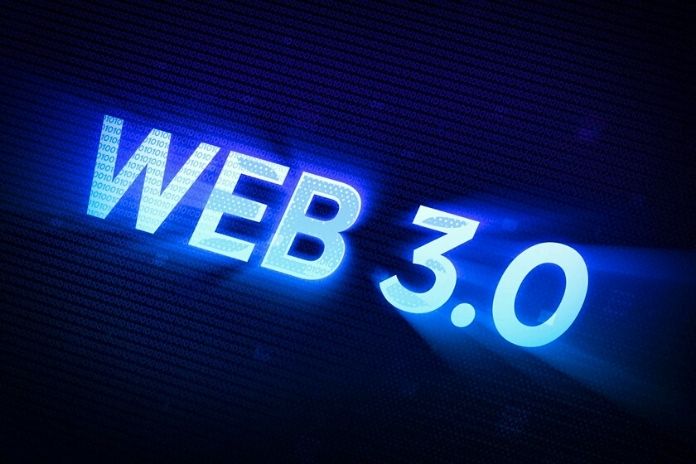 Web3 is the third generation of the Web that we all use daily. It will work thanks to blockchains and, precisely for this reason, it should guarantee users maximum freedom of use by removing the possibility of controlling it from big techs. Here’s how it works and how it could evolve shortly. This is not a recycled topic or a web server setting. It is not the usual advertising gimmick nor the usual “cosmetic” technology for websites: when we talk about Web3, we are talking about the innovative technology that is on the horizon.

A technology that will completely revolutionize the concept of freedom of expression on the Internet and the impossibility of obscurity by the authorities that “regulate navigation” on the surface of the “normal web” or the Web indexed by web crawlers, spiders or robots. Web3 will be the publication of a website or identity within a block located inside a blockchain, which will be hosted inside millions of “wallets,” obviously preventing the cancellation, obscuring, and falsifying of that block, that website, or content.

The Web3: Differences Between Peer-To-Peer And I2P

If between the 90s and the early 2000s we talked about web1, therefore a web to be read of a static type composed of open protocols where the only value was the views, between the years 2000 and 2020, we talked about Web2, therefore the Web that we all know where you could read, write and relate to others through third-party platforms. The Web3, also called the “semantic web” because it uses artificial intelligence, will instead be the sum of the two previous technologies but innovative in itself; therefore, a web owned by the users of an Internet is entirely not governed but resident in a blockchain.

To avoid getting confused, let’s start by saying that the I2P reality is based on a web node that lives within a VPN or encrypted network in which websites live. Still, these are centralized, i.e., each owner has their Web in their own home, forming part of the total anonymity, therefore belonging to the Deep Web, while the one proposed by Web3 would live within a blockchain. This Web3 blockchain is not yet transparent whether at the project and development level it will be able to live within wallets at its freely distributed computers or if it will also be published online by some generous volunteers who will feed the feed, as happens with TOR.

To consult it online but within the blockchain to share your resources. For P2P or Peer-to-Peer, they were happy years before Bitcoin, in which, through software like eMule, we shared tons of resources, decentralizing its positions. But even this technology was unrelated to that of blockchains. Bitcoin works using blockchain technology, it is P2P, but it does not include anything other than itself. In addition, we can ask not to confuse Web3 with web 3.0 because we are already talking about Web3, and it goes much further, as it is a set that also includes web 3.0 that relates to Ethereum modules.

So Web 3.0 itself is a great project related to Ethereum. Web3 could make his heart work the same way that proof-of-Stake cryptocurrencies work by generating “reward tokens” through tokens or NFTs such as those of the Facebook Metaverse to develop its economy in itself and within it. This is in contrast to the large corporations that have hitherto made users dependent on their services. We have illustrated the difference between Web2 and Web3, where the IPv6 protocol is fundamental in decentralization.

In the light of what has been explained, we can see the legislative slowness still to regularize the world of cryptocurrencies and web realities with their usual speed: as if to say that this technology speed is “water that runs into the hands” of the legislation. The imposition of the dollar as a world reference currency makes the legislation stale to run only after material that has a value of “trust” towards and “FIAT” (fiduciary) coins, neglecting the actual value of the speed path of technology.

In addition to seeing the wars of strategic geo-law between superpowers, the times to come will see a shift of properties from large managers and corporations to memberships certified by digital signatures within blockchains. If today you need to prove that a specific property belongs to you by depositing the cards with a notary, tomorrow, the body responsible for this certification will be the blockchain. This type of digitization of certifications will move cybercrime more and more towards the intent of stealing private hashes of a given blockchain to access certain content that is now simply possible to steal by piercing or evading a series of firewalls.

Cybercriminals will then move towards a specialization in the manipulation of blockchains to take possession of that IoT or that website. Therefore, are we moving more and more from a period of geopolitical supremacy to one of techno-politics? As states geographically composed of deserts, once very poor, are today among the richest in the world as oil extractors, forms will be increasingly valued for their know-how so that that brain drain will be condemned as today. It is done with illegal gold trafficking.

Cyber ​​security lives inside the mind of computer scientists, the brain drain from within a state that must live by Web3 is deadly for the future of a nation. Indeed, for the cyber security of today’s world, having validated transactions inside blockchains makes you breathe a sigh of relief. For tomorrow’s cyber security, it will be a challenge to win. The need for a specialized workforce will be increasingly necessary. Companies will have to know how to keep people capable of doing specific jobs tightly in their homes. Vice versa, the battles for companies will be irremediably lost.

The Intellectual Property Of The Sites Protected By The Master Blockchain

If you make a quick summary of the differences between the old and the new that will come, you will notice that the personal information that is now centrally controlled will pass to be governed by the user; that monetizations will pass from platform control to user control as already happens in the case of the Brave web browser: the privacy that currently gives so much trouble in the future will be controlled by default by the end-user. The digital identity that is now centralized will become a secure identity as it is permanent within the blockchain.

And to top it off, advertising that is managed today based on the user’s activity log will be optional in the future with what comes with it. At this point, it is easy to deduce that, as a result, the intellectual property of the sites will be irrevocably engraved within a block of the chain. To give an example about advertising, the Brave web browser makes the user decide whether or not he wants to advertise and pays the user for this with ERC-20 technology tokens called BAT. Conversely, platforms such as YouTube currently decide whether or not to monetize the published videos.

The Web3 And The Inability To Control Websites

As for identity, today, we can take advantage of shared identities such as those of Google or Facebook used to identify ourselves on many sites. In the future, the identities minted within the blockchain will no longer belong to these giants who manage them but irrevocably to its users. Some online projects like Civic, Cardano, and others are already actively trying to build these types of digital identities minted inside the blocks, while some social networks like Twitch and Voice are already trying to work on the construction of blockchain-based social networks.

The control bodies will have to accept that it will no longer be so simple to have control of websites, obscuring at will what is not convenient for them: the regulatory bodies will have to learn to run further and further behind the technologies in order not to be displaced by the new modus operandi of Web3. Conversely, Web3 offers a dark and malicious side regarding population control. Some totalitarian governments will be able to engineer citizen control systems and apply blockchains to avoid being exposed to guarantee systems. Here, the new cyber security will play a fundamental role. There will be companies that build their revenue by developing self-use systems to counter the abuse of intrusive governments.

Also Read: Three Actions To Increase Your Visibility On The Internet

Adsl Or Fibra: Which Is The Best Choice For The Company

How To Switch Google Accounts