Why Speed Is Crucial For Successful Recruiting 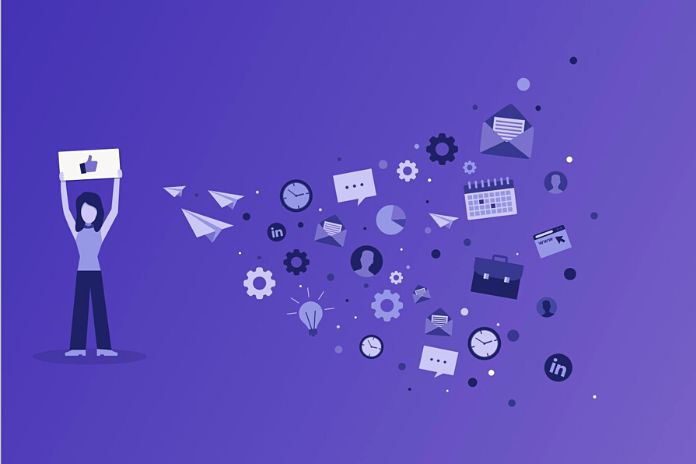 The job advertisement goes online shortly before your vacation time begins. A lot of applications come in. And then? Nothing happens at first because there is nobody around who can take care of it. Such bad timing in the application process can be fatal and cost you and your company the best candidates. Because they don’t hear from you for a long time, they look elsewhere. To recruit successfully, companies today, more than ever, have to demonstrate speed and reliability.

The Early Bird Catches The Worm: Being Quick Will Be Rewarded

Corona has left its mark in recruiting: During the pandemic, the personal introductory meeting became a video date, and the assessment center became an online questionnaire. The application process as such has been enormously accelerated by digitization. An application takes less time these days.

In addition, the options for applicants through online career reports and social networks are almost unlimited. And as a result, the expectations of applicants have also changed. In times of online recruiting and digitized recruiting processes, companies can no longer afford not to be heard from for a long time after the application has been received. If you want to attract new talent, you have to have a feeling for the right timing.

How Long Can The Application Process Take?

As a rule, application processes last between four and six weeks. But that is often too long. Specialists no longer wait until they finally receive a confirmation. The company that shows interest in you the fastest and makes a concrete offer or invites you to get to know them has an advantage. As an employer, you should adapt to the new framework conditions to avoid being left behind. Try to speed up your recruiting process as much as possible. This should be completed after three to four weeks or, better, after two.

Recruiting During The Holidays And Vacation Time: Not A Good Idea

The holiday season is approaching – just quickly publish the new job advertisement. This is not a good idea – especially not when the HR department is sparsely staffed, and several job postings and application processes are in progress. If you don’t want to run the risk of job applicants quickly looking for something else, ensure enough recruiters are available. If you foresee that you will not have enough capacity to react adequately to many applications for the time being, only publish the job advertisement after the holiday period or with a sufficient time buffer beforehand.

It is just as unwise to place job ads at the beginning of the general holiday period as at the beginning of the summer holidays. Even if HR departments can take care of applicants extensively, this does not mean that decision-makers in other departments are also present. Sound out the times when everyone involved in the application process has time and capacities. Because if the application process stalls at just one cog in the machine, it threatens to fail due to the delays.

Place Job Advertisements: Better Not At The Weekend

But is there a perfect time to advertise jobs? Yes. According to a study by the online job exchange Stepstone, the beginning of the week is the ideal time to post job offers. Because job seekers most often look for new job advertisements on Mondays and Tuesdays. The morning hours are critical here. Because many people interested in a job find out about new positions on their way to work, it is significantly less on weekends. The beginning of the year and the first months of the new year are also ideal for placing job advertisements.

Many employees use the beginning of the year to reconsider their professional situation and, if necessary, to reorient themselves. Job advertisements in the first quarter of a year tend to be crowned with success, while the success rate continues to fall as the year progresses. Take advantage of this “upturn” at the beginning of the year and strategically prepare for the search for specialists in this time window. However, a high level of applicant motivation goes hand in hand with an increased volume of job advertisements.

Job Advertisements On Xing, LinkedIn, And Co.: When To Post Jobs On Social Networks?

More and more companies present themselves in social networks and even recruit staff via Facebook and Co. And here, too, the motto is: be in the right place at the right time. If you want to be successful with job advertisements on social networks or online career portals, be sure to pay attention to the usage behavior of potential applicants. While Twitter users tend to be more active on weekends, Facebook users tend to access the platform during the week.

Like other job portals, career networks such as LinkedIn and Xing are frequented primarily at the beginning of the week. Thus, there are potentially more interested parties at the beginning of the week than on a Friday afternoon. An advantage of job postings on career sites is that they have a much longer half-life than other social media channels and remain “visible” for extended periods.

How Personalized Logistics Can Make A Difference For Companies

Job Hopping: The New Trend To Change Work And Life

Give Digital Subscriptions, How To Do It