What Is The Difference Between The Deep Web And The Dark Web? 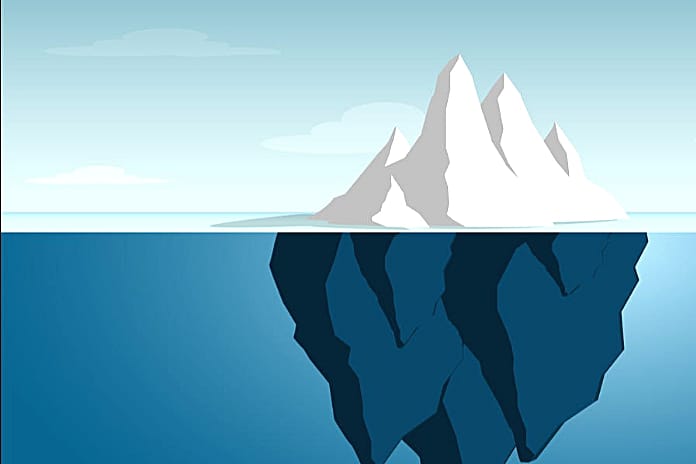 Browsing the web, reading books and newspapers, watching “Cyber” movies and television series, you will encounter terms such as “Deep Web” or “Dark Web.” But what exactly do they mean? Can they be used interchangeably?

Let’s start from the surface, from the “free-to-air” web, also known as the “Surface Web.” This level includes all sites, content, and addresses indexed by major search engines such as Google and Bing in general. This part of the web is easily navigable and accessible and is part of the daily routine of most web surfers. However, that’s just the tip of the iceberg, considering that less than 5% of online content is indexed.

Let’s go down to the next level: in the “Deep Web” (or “Invisible Web”). In contrast to the previous definition, it can be said that in this level, there are contents that cannot be found through the standard search engines but which can be accessed through a regular browser if you know the address. What are these contents? They range from academic and scientific papers to legal documents, from medical records to resources in government databases or the repositories of private companies. However, Deep Web traffic is essentially made up of bits that carry, among other things:

3. pages accessible for a fee ;

4. pages not linked from any other page;

5. technologies such as CAPTCHA.

According to some estimates, the Deep Web is about 5/600 times larger than the Surface Web, but in reality, it is tough to provide even an order of magnitude.

As a sub-level of the Deep Web, we find the “Dark Web” (or perhaps more correctly “Dark Net,” since the usual HTTP web protocol is not used) defined as a set of data and contents made intentionally invisible and not accessible by common browsers but from anonymous communication software such as Tor or I2P. The term “Dark” describes both the characteristics of “non- visibility” of information and the fact that this layer of the network is often used for criminal activities, pornography, illicit trafficking, and illegal transactions carried out, for example, via bitcoin.

But the possibility of transmitting information anonymously and untraceable makes the Dark Web a safer communication channel for citizens, activists, and dissidents of totalitarian states (and not …) or during wars and revolutions. For obvious reasons, this dark network is also frequented by many states’ intelligence services and police forces.

The two terms are often used interchangeably as if they are more or less the same thing. However, this is inaccurate, as the Deep Web refers only to unindexed pages. In contrast, the Dark Web refers to pages that are not indexed but are involved in illegal activities. In this sense, the metaphor above of the iceberg, which emerges only for 10% of its surface, is compelling. Considering this part as the standard web, and the remaining 90% as the Deep Web, of this enormous percentage, only 10% is part of the Dark Web.

The Deep Web could consist of unindexed pages simply because search engines don’t see them or because they aren’t deemed relevant enough to be indexed. On the contrary, the dark web knowingly wants to remain hidden since it is a hub specifically designed to host shady deals. In conclusion, the terms Deep Web and Dark Web, although often used interchangeably, cannot be considered synonyms, the latter being a subset of the former with specific characteristics.

Also Read: Web Crawlers And Spiders, What They Are And How They Work