What Is Microsoft OneDrive? 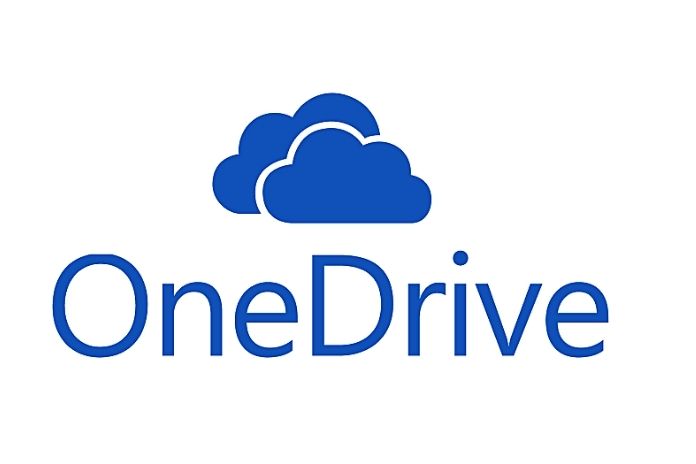 Microsoft OneDrive makes it easy to store files, data, photos, and attachments securely in the cloud, access them from anywhere, and share them with family, friends, and colleagues. In itself, this is not particularly spectacular, as almost every other cloud storage service can do the same.

In our article “What is Microsoft OneDrive?” I will explain to you what exactly OneDrive is about, why, on the one hand, it is a service, but also software, how the private OneDrive version for home differs from the business version, and how the OneDrive differs from SharePoint Online.

The Story Of OneDrive

Around the turn of the millennium, the development of the service began under the code name “Skydrive.” However, it was not until 2007 that the first version of the service was presented in the USA under “Windows Live Folders.” Somehow, the name did not resonate with the potential customers, and accordingly, it was not used. Microsoft then changed the name back to the code name and lo and beheld. The customers took hold of it. At that time, the service was initially intended for private use.

What Is OneDrive – Personal?

As mentioned, OneDrive was initially designed as a service for storing data in the cloud. Gradually, more features were added. There are different plans with a corresponding variety of options for private use. There is a unique feature: “OneDrive Basic 5GB” is already included in the Windows 10 operating system. Here every user gets 5 gigabytes of cloud storage for free use.

There is a personal safe, with the smartphone several pages of documents, receipts, business cards, and whiteboards can be scanned and saved, Word, Excel, PowerPoint are already included in the web version, the PC folder backup for backing up the most important system folders is integrated, photos from the smartphone can be saved automatically and much more. The integration in Windows can be found in the file explorer when a new computer is started. Here in the picture as “OneDrive – Personal”:

The paid OneDrive plans start at a low 2 € per month as a OneDrive stand-alone with 100GB, plus Microsoft 365 Single and Microsoft 365 Family. In particular, with Microsoft Family, it pays to keep an eye on the prices. There are often offers that significantly reduce the standard cost for the entire office package of € 99 per year. There is then the option of using the box with up to 6 participants, each with one terabyte of storage space per person and all the advantages of the Office 365 Family.

What Is OneDrive For Business?

OneDrive for Business Plan 2, on the other hand, offers “unlimited cloud storage.” Here are a few rules to keep in mind: At least five licensed users must be there. Everyone initially gets 1TB initial volume. Admins can increase this storage capacity up to 5 TB per user. If more storage space is required, a request must be made to Microsoft support. This can increase the OneDrive storage per user up to 25 TB.

If this is still not enough, the individual users will be provided with additional storage space in SharePoint team sites. Beyond the two One Drive for Business plans, you are already entering Microsoft 365 business plans, which, as mentioned above, enable the full range of Office 365 features and solutions and contain the Office 365 apps.

OneDrive for Business already offers users a place to store data, files, and documents and access them anywhere. You can create documents online, edit them, share them with colleagues, and much more. I want to emphasize the possibility of folder backup. This is a OneDrive function with which selected folders on my computer can be synchronized on the OneDrive. The selected folders include the desktop, documents, and pictures folders.  It has been shown that the users of a Windows system especially store documents and files in these folders.

Files on the desktop would also be lost if a computer were lost. Are these central folders of a Windows system synchronized with the OneDrive, So safety is a particular aspect when using the OneDrive. If files are shared, they can only be used or edited by the recipient. This is wonderfully easy to define before sharing. Furthermore, the company’s admins can also determine in which framework something can be shared and what can be shared, taking into account special security features in Microsoft 365.

If necessary, you have to use special licenses if the desired security rules are not included in the scope of your own Microsoft 365 license. Organizations can specify whether forwarding or sharing is permitted, which document content is released and whether documents can only be shared for viewing. It is even possible to prevent the editing or printing of a document or saving a file. However, sharing files or entire folders makes it easier for colleagues or project participants to work together.

To use OneDrive, you have the option of accessing onedrive.com via a web browser. I have access to all my files, data, and shares on the OneDrive portal. This gives me access to all OneDrive functions within my browser. Files can be uploaded, edited, recreated, deleted, and, of course, organized and shared. Already described that OneDrive is an integral part of Windows and is integrated into the file explorer. The OneDrive client is already installed on my computer or laptop. It ensures that the files are synchronized between my computer and the cloud and that I have access to the data at all times.

If you look at the development of the OneDrive simultaneously and its functionalities, you will notice that they represent similar services and have similar functionalities. OneDrive and SharePoint ultimately use the same technical basis. The functionalities overlap, so it is logical that Microsoft operates these two service variants on a technological platform and only provides client software.

Why Should You Use SharePoint Online In Parallel With OneDrive?

If the two services are so similar, why should you use both simultaneously? Or why does it make sense to use all 3? The private OneDrive, the OneDrive for Business, and SharePoint online? The free version of the private OneDrive service already offers me 5 gigabytes of storage space. There I can, for example, have all the photos I take automatically backed up from my smartphone. Of course, private files can also be stored there. It is similar to the OneDrive for Business.

Personal work files can be stored there, e.g., B. Documents you are currently working on. As soon as these documents are ready, they can either be shared with others from OneDrive for Business or moved to SharePoint Online. There you have the option of storing files in appropriate file libraries so that colleagues can also access these documents. The authorization concept defined by the administration controls access to different document libraries, files, folders, and data. So not every employee in an organization always has direct access to all files in SharePoint. On the contrary.

So it makes perfect sense to use the three services in parallel: