Streaming Games: The Trends Of 2022 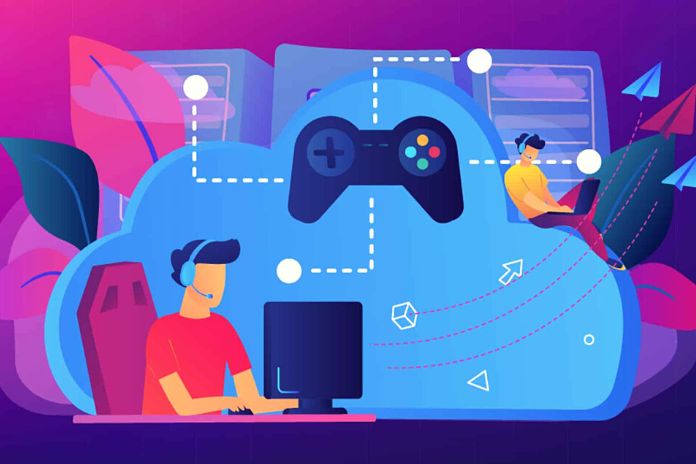 Twitch, Facebook Gaming, and YouTube Gaming: What are the streaming gaming trends in early 2022, and what to expect? Trends for streaming games during the first quarter of 2022 are positive. Although we are slowly returning to pre-Covid life, the restrictions still in place and the need to limit the time spent away from home continue to give impetus to platforms such as Twitch, Facebook Gaming, and YouTube Gaming, where millions of gamers all over the world gather to spend a few hours in front of the streams of their favorites.

The data provided by Stream Hatchet, which monitors live-streaming gaming across all platforms, confirms what was expected at the end of last year: an increase in streaming gaming. A trend also dictated by the particular situation dictated by the Covid-19 pandemic, with the protracted presence within the home walls, which represented the perfect opportunity for players from all over the world to devote themselves to their favorite hobby, unplugging from stress. Of the newspaper. Here are the results obtained by the individual platforms.

For Twitch, the first four months of 2022 marked a record period. It has been the platform with the most significant increase in hours of streaming gameplay since the pandemic, with more channels engaged in live streaming than ever before. The trending category was undoubtedly “Just chatting,” with 12% of the contents displayed on the total. According to Stream Hatchet, this is not an absolute novelty, given that in the last quarter of 2021 alone, it had already accumulated 522 million hours. A number that, of course, was destined to grow, reaching 754 million in the first quarter of 2022.

Analyzing more generally, however, the game category with the highest number of views since 2022 has been Garena Free Fire, with 148 million hours. Many hours and users have led to a total increase in streaming hours of 15% compared to the previous period, or 230 million between October and December 2021, against 265 million between January and March 2022, marking 35 million hours. As anticipated, the restrictions due to the containment of the pandemic from Covid-19 also counted, given that compared to the same period in 2021, there was a 119% increase (121 million against 265 million).

2022 has been positive for YouTube Gaming, although few of the categories in question have reported growth figures compared to the previous one. In fact, despite an increase of 28% compared to the first quarter of 2021 (1076 billion compared to 1373 billion in 2021), views fell by 28.6% compared to the third quarter of 2021. However, a consolation comes from gamers’ perspective: YouTube exclusively hosts Valkyrie, the gamer with the most significant following, who alone has amassed 12.2 million hours of streaming.

YouTube Gaming’s total streaming hours also dropped modestly from the last three months of 2020, from 10.4 million to 9.7 million between January and March 2022. Same fate for the unique streaming channels: the total fell by 9.9% compared to the end of 2021, going from 737 thousand to 665 thousand. The latest data, also provided by Stream Hatchet, is that of simultaneous views: although it increased by 27.7% compared to the same period of 2021, it fell from 871 thousand to 636 thousand between the third quarter of 2021 and the first quarter of 2022.

For Facebook Gaming, 2022 has been a single great success. The main engine of the results obtained was the PUBG Mobile game category which, in the first quarter of the year, reached 254 million hours of viewing, a good 4.1% compared to 244 million hours in the last quarter of 2021. Only for this category, in the same period of 2021, the total hours were 144 million, reaching 76% between January and April 2022. Total views also shot up, reaching the milestone of 1.06 billion hours in the first quarter of 2022 compared to 901 million in the last three months of 2021, with a growth of 15% or approximately 156 million.

For Facebook Gaming, it is the first time this figure exceeds one billion, almost doubling compared to the same period in 2021 (553 million and 90.8%). Speaking of streaming hours, however, the increase was 34.5% from January 2021 to today: another positive sign, given that between October and December 2021, the platform had stopped at 14.5 million against 19 5 current (well, five more). The maximum result is compared to the first quarter of 2022 and the same reference period of 2021: 119% more, 121 million against 265 million hours of total transmission.

On the other hand, the increase in views simultaneously is 91%, reaching 19.9%. The issue of single channels requires a little clarification. The change between the last quarter of 2021 and the first of 2022 marks an increase of 32.8 %, with 380 more tracks between the 1.16 million at the end of last year and 1.56 million at the beginning of the current one. , which is given by access to the Facebook Gaming API, which, as Stream Hatchet reports, allows a complete view of the platform landscape, improving the search for individual channels.