IoT, Immersed In The Internet Of All Things B/W CS & Psychology 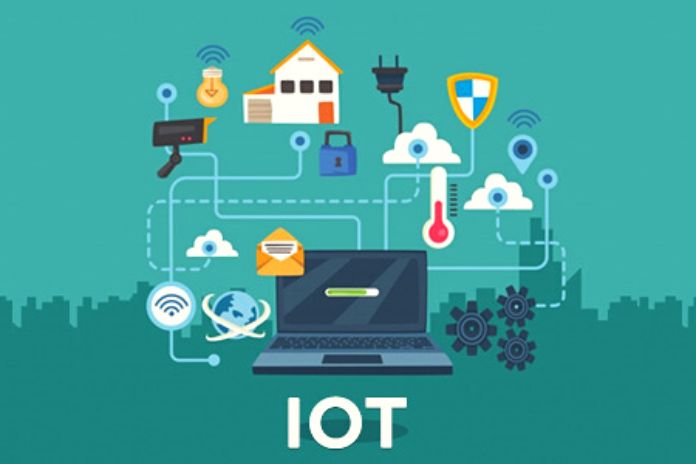 Will we be able to pursue these goals and prevent these extraordinary solutions from generating more problems than the ones they solve? The weightless entities that software and digital data know how to create every day coexist with us humans and with all the new smart objects (neo-things) that populate what computer scientists have called the Internet of Things or IoT. Researchers have not found a more precise and original term and have called the many new hardware entities’ things’, which often do not resemble a computer but are in all respects. It happens cyclically that when something new or unpublished appears, it is difficult to define, and we are led to use already-known names.

In this case of the Internet of Things, the word ‘thing’ hides a universe of chips, circuits and algorithms that transform and increase the functions of every traditional object (a key ring, a watch, a cup, a pair of glasses), transforming it into an artifact. Postmodern that only with time will we be able to call with an appropriate name. The Internet of Things comprises several billion new digital objects, devices that talk and communicate with us and often with each other without the control of human beings. In a word, they have become passive ex-things, such as our car keys, wearable sensors, wi-fi fridge, alarm devices for the home or radio frequency smart tags that become interactive thanks to the chips they contain.

They are neo-things that dialogue with us and with the environment thanks to the logic they contain, which makes them live and interact, taking away from them the passivity that the ‘traditional’ things of the world have always had, even if they continue to appear to us as objects. In other words, they are hidden computers, electronic micro-machines in disguise. It is estimated that there are more than fourteen billion of these new ‘smart’ neo-things on Earth, and in less than a decade, there will be over thirty billion. Many more than human beings. We program them, we help them connect, and they can cooperate even without us. Wearable devices, mobile phones, sensors, webcams, drones, appliances, smartwatches, iBeacons, GPS devices, RFID and smart cards of all kinds.

There are many, and they can exchange information, store it, and process it much faster than we do and without the need for us. IoT, edge, fog computing, ambient computing, etc., are all new technologies that make the neo-things that inhabit our world live, work with us, and constitute the new vital system of the Earth that acts for us without depending on us if not for electrical power. They are like vast colonies of digital ants, hives of billions of robot bees, countless binary drops of water that become an ocean, that organize and operate more and more autonomously. They run transportation, big cities, malls, hospitals, cars, industries, homes, and all the communication infrastructure humans need. Unfortunately, they also go to war on the new autonomous weapons, the kamikaze drones, the thermal visors, and the latest generation missiles. And even there, the scenario of battles and entire conflicts are changing.

We live on an Earth where microscopic data, algorithms and chips have taken an active role in setting up a neo-reality that aspires to become stronger than the traditional reality in which we grew up. Stronger than the one that was left to us as a legacy and that we had to know how to protect and protect in order not to see it disappear under the impact of the Big Bang of billions of artifacts full of hardware, data and software that risk taking away the pleasure of tastes. Simple, of a moment of boredom, of the look on a blade of grass, of a small waste of time that can remind us of the ancient relationships between things and humans. The original Internet (made up of computers and cables) led us to the Internet of Things, and we will not stop here.

The Internet Of Behaviors

Other networks are already being announced that could take us to new dimensions of existence, such as the Internet of Behaviors ( IoB ), which uses the network to share the collection and analysis of data, the investigation of people’s behavior and the technologies they use. In short, the worrying union of computer science and psychology. The IoB model aims to predict human behavior, derive information from available data and even influence people’s behavior based on their activities and interests gathered from their many digital interactions. Companies that aim to sell products and services can influence our behavior based on targeted content curated specifically for individuals based on their preferences and interactions.

The Internet of Behaviors captures the “digital crumbs” left by people in their daily lives, drawing them from various sources. Data comes from numerous sources, from economic transactions carried out by people, facial recognition, and the use of devices connected to the network. In short, we are moving towards the Internet of Everything, which would be omnipresent in our life and which, if guided by economic and commercial interests, could bend our daily actions to those ends. Yet, there is enormous space to use these powerful technologies at the service of people, to help the weakest, facilitate citizens and treat the elderly, in short, to improve the functioning of society. Will we be able to pursue these goals and prevent these extraordinary solutions from generating more problems than the ones they solve?

Also Read: The Work Of The Smart Home Designer