The Work Of The Smart Home Designer 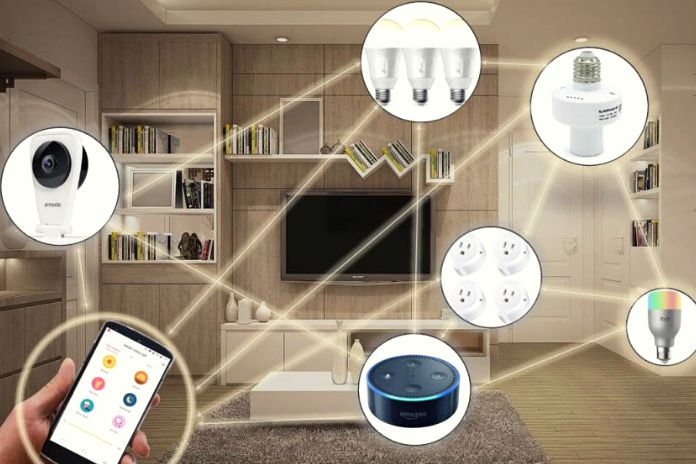 They are designing increasingly connected and intelligent homes. Before Smart Homes were part of the science fiction imagination, more and more people now want them. Who is a Smart Home Designer, and what does it do? After 2020 down by 5% due to the pandemic emergency, and despite the crisis of components and raw materials, particularly semiconductors, in 2021, the  Smart Home sector returns to growth. It does so substantially, scoring a + 29% and amounting to 650 million euros.

According to the Internet of Things Observatory of the Politecnico di Milano, the growing and growing maturity of the sector is measured by the level of widespread knowledge, so much so that today 74% of consumers have heard of it, and 46% of Indians have at least one object at home. Smart, and the consolidation of business systems based on servitization and pay-per-use. A cultural transition is fully realized today: we move from the smart and connected object to an open ecosystem that is increasingly integrated. The result is positive prospects for the entire market, with increased demand for trained professionals. But how do you become a smart home designer or Smart Home Designer?

From the fridge that marks what is missing from the shopping list to the lights that turn off and on by themselves to keep thieves away, it is still able to manage the heating system or turn on the air conditioning via smartphone while away from home. The integration of smart objects into our life certainly makes them more accessible. Except that, at a certain point, you risk finding yourself with ten different applications and 15 remote controls to be able to manage the whole house. Also, according to the Politecnico di Milano Observatory, smart objects are easier to install: 72% of consumers install the purchased items independently, and 54% activate the related app. However, the situation is still too fragmented: only 17% of consumers use a single app for devices from the same brand, and even fewer (7%) consumers use a single app for devices from different brands.

Integration remains an ultimate goal, but still to come, at least in the perceived one, given that about 30% of consumers generally consider it achievable only in a period ranging from 5 to 10 years. Here what is strictly defined as a “Smart Home” comes to the aid. A single central system from which to manage everything, from mobile phones to computers to remote controls. There are several solutions on the market, from the most complicated to the easiest to use. The professional figure who transforms a person’s needs into functions for the Smart Home is called a system integrator and is halfway between the electrical installer and the designer. You can become a system integrator through on-site experiences and acquiring skills as an installer or specializing in home automation through institutional courses in high schools and universities.

The School Path To Becoming A Smart Home Designer

Many technical institutes from high school include home automation among the subjects proposed in the five years. Moving on to university faculties, specific courses for smart systems design are included in the Engineering and Architecture curricula. Suppose you are afraid of staying too much on a theoretical or abstract level. In that case, there are other ways to integrate the study, complementary – if you want a 360-degree preparation – or substitutes for a shorter path. The Academies are courses offered directly by the manufacturers of home automation solutions.

Intensive studies of even a few days allow you to get in touch with the discipline and acquire skills in the field. There are numerous companies taking action on this front. But is there a “stamp” that certifies the professionalism of a system integrator? Suppose the high school diploma and the degree permit the end of a course of study. In that case, even business courses often allow one to obtain international qualification certificates after passing written and oral exams. There is no accurate professional register, only lists of professionals specialized in specific technologies.

What Professional Opportunities And Skills Required

These courses of study are open to working within design, architecture, or engineering firms, with companies in the sector, or to inaugurating their own company by grouping various collaborations and acting as a freelance system integrator. The building construction chain requires the skills of a Smart Home professional in different stages: from design to construction, from promotion to after-sales.

Thus, various occasions are envisaged to express one’s professionalism. To conclude, the Smart home Design Manager is a new professional on the border between technique and creativity, who must not only know what the “cool” accessories of the moment are but must, above all, analyze the needs and plan the infrastructure. Management knows how to move between installing and configuring wired and wireless networks and choosing the products that best suit the owners’ lifestyles. Furthermore, knowing which standards and suppliers to select and how to protect security and privacy.