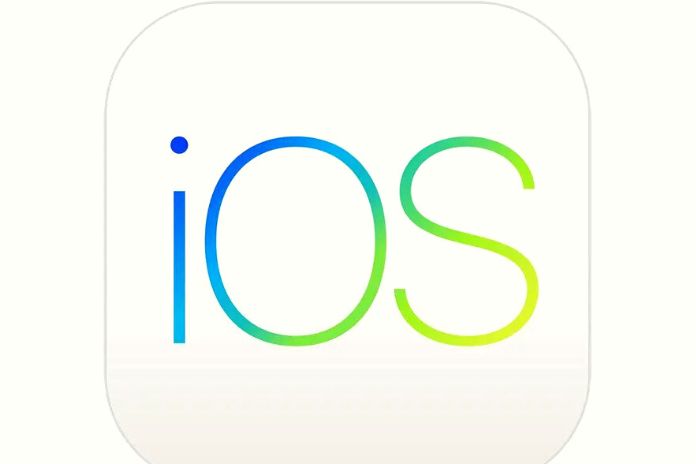 The iOS operating system was born together with the first iPhone and is the platform used by millions of users who use Apple services every day: here are its features. In all likelihood, anyone with an iPhone has already learned about all the advantages of iOS: the operating system for Apple mobile devices, launched in 2007 and reached edition number 15. The various iOS iPhones have improved their features from practically all points of view: computing power, energy consumption, and usability. Not to mention the number of applications, which has grown almost exponentially.

The first Apple devices could count on a revolutionary touch screen for the time, but they had a small number of proprietary apps. Things would start to change in 2008: the year in which the now famous App Store was presented. Since then, every software update has brought new features to iPhones. At the same time, the company founded by Steve Jobs decided to embrace the “iOS” naming, which is still used today. Previously, the operating system was known as OS and iPhone OS. Today, users can share real-time health data with a trusted circle of people.

They can save the most sensitive information on the device and even avoid sharing their email, thanks to a random address generator. All these operations are made possible by more advanced apps every day: from the FaceTime Internet call service to the Where’s app, which allows you to find your iPhone. It is impossible not to mention Siri: the Apple voice assistant, which has grown in tandem with the iOS operating systems.

Apple iOS: History And Origin Of The Name

The history of the Apple iOS operating system roughly goes hand in hand with that of the first generation of the iPhone. In 2005, then CEO Steve Jobs began to think about the possibility of “reducing” the engineering of Macs to insert it into a mobile device. The result was the creation of the first iPhones with iOS, which were presented in January 2007 and distributed starting in June. Except that at that time, the operating system did not yet have a specific name.

Throughout the processing phase, we talked about an OS closed to external apps: for security reasons but also to ensure a sufficiently high level of performance. For this, the operating system was renamed “iPhone OS “.  At the time, the possibilities were minimal compared to today, but some revolutionary elements were already present. For example, the presence of a capacitive display that did not require the use of the stylus made all interactions between user and smartphone possible.

The OS 2 operating system, launched in 2008, introduced the famous App Store: a virtual space that allowed users to download additional apps and games of various kinds. OS 3 is the breakthrough operating system in terms of naming. Starting with release 3.2, the wording iOS begins to be used. It was 2010, and Apple immediately faced a potentially huge problem. “IOS” was also a registered trademark used by a competitor in the technology sector, such as Cisco Systems Inc. Precisely for this reason, once the name to be given to the operating system was identified, Steve Jobs asked for and obtained a license directly from Cisco.

Summarizing in a few lines all the evolutions that have characterized the iOS operating system in more than ten years of life would be simply impossible. For this reason, limiting yourself to underlining some of the most significant functions presented with the passing of the releases is advisable. The only iOS 5 in 2011 introduced almost 200 new features compared to the previous iOS 4. Among the most significant are the new notification center, the integration with Twitter, and the arrival of Siri on mobile: the virtual assistant that would have the following generations of Apple devices.

IOS 6 was the operating system for integrating Facebook and Apple Maps: a Cupertino solution dedicated to the world of mobility, maps and driving directions. From 2012 onwards, the improvements of Apple iOS become less striking on average: the news mainly concerns the technical aspect, the graphic one, that of security. At the same time, all previous features that have survived the test are improved. IOS 7 is remembered for its new minimal approach in terms of interface and the radical development of multitasking introduced with iOS 4. The following operating system, iOS 8, teaches the new Apple Music: the Apple app dedicated to playing music.

Starting from iOS 9, we present all the features related to Touch 3D: a system that allows us to increase the interaction with the iPhone by adding additional touches. Since 2007, the various iOS operating systems have added hundreds of new functions, improving from a technical point of view, a graphic one, privacy and security. This led to iOS 10, considered revolutionary thanks to the possibility of deleting the Apple apps present by default within the iPhone. In this way, users, for the first time, had the potential to set up their smartphones only with software developed by third parties.

Apple iOS 11 is Cupertino’s first fully 64-bit operating system. Its software update created several user problems since it excluded any 32-bit device a priori. IOS 12, on the other hand, caused discussion, especially for the “Usage time” option. Thanks to “Screen Time”, users can observe the actual time spent on their iPhone: they can even check the time spent on each app on the device, adding limitation options where necessary.

The IOS 13 operating system was the first Apple to introduce the dark mode for mobile devices: the dark way, which was already present in macOS. Users could also opt for an automatic dark mode setting based on specific times. Finally, iOS 14 proposed significantly reorganizing the apps on the screen through the App Library. This operating system is also that of the first Apple CarKey: a function that allows you to transform iOS iPhones into digital keys capable of unlocking some compatible cars.

The Most Critical Applications Of The iPhone iOS

The different iOS iPhones are sold with a series of proprietary apps installed by default inside them. Some apps have been available since Apple’s first mobile operating system, launched in 2007. This is the case with the Calculator, Calendar, Weather and Notes apps, which have been improved and implemented over the years and models. The Borsa app has also been available since the first iPhone iOS: a service dedicated to viewing various financial data, with the information provided directly by Yahoo.

The Compass app, on the other hand, was installed starting from the iPhone OS 3 operating system. Subsequently, it underwent a rather significant makeover in June 2013, at the same time as the release of Apple iOS 7. The Compass app today is not limited to showing a digital compass. It allows the user to view his position in terms of geographic coordinates: first degrees, second degrees and altitude in meters. The Home app is much more recent, starting with Apple iOS 10. This home automation app is divided into three main sections (Home, Rooms, Automation) and allows the user to control a whole series of compatible devices: from lights to sockets, passing through household appliances and automatic doors.

Among the proprietary Apple applications for iOS present since the first iPhone model are Calculator, Metro, Notes, Calendar and Stock Exchange. Another app that is absolutely representative of the Apple galaxy is Find My, which brought together the previous Find My iPhone and Find My Friends apps under the same name. In its most recent versions, the Dov’è app allows the user to always keep an eye on his items, thanks to AirTag devices. The same goes for FaceTime, an app that helps you to make calls or video calls via the Internet, distributed in conjunction with the launch of the iPhone 4. Furthermore, starting with the iOS 7 operating system, FaceTime has been integrated with FaceTime Audio.

Finally, Health and Wallet are two apps which have already been mentioned in the previous paragraphs. The Health app package was designed to collect medical data from various devices: Apple Watch, iPhone, and third-party software. A salute was published with Apple iOS 8, allowing you to create a user’s medical record. Thanks to subsequent additions, today, the Health app enables you to keep track of the menstrual cycle, sexual activity and many other parameters. They range from health data to body measurements, vital signs, and reproductive health.

The Wallet app was designed as part of the software needed to make payments through the Apple Pay tool. In the early days, Wallet was called Passbook and was limited to storing loyalty cards and tickets inside. Subsequently, it has been transformed into a secure digital space where users can add their credit card, debit card or prepaid card data. Thanks to Wallet, it is possible to make online and contactless pos payments using your smartphone. Transactions can be authorized directly with Touch ID or Face ID, depending on the iPhone model in your possession and its software update.

Siri deserves a separate discussion: Apple’s virtual assistant is designed to assist users in the most diverse searches and requests. Siri is compatible with the iOS operating system and macOS, watch and tvOS. During its early stages of development, the software was conceived as an independent app for iPhone iOS. Still, not only: the idea was to distribute it also on BlackBerry OS and Android. In 2010, however, Apple bought the application, eliminating all development plans for external platforms.

The first release of Siri was on iOS 5: at the time, the available languages ​​were only English, French, German and Japanese. However, the voice assistant was already able to set reminders on the calendar and compose messages and emails. Play music, make phone calls and even set the degree of kinship of a contact in the phonebook. The main novelty of the Siri update to iOS 12 is the Shortcut function, or the ability to create customized shortcuts. In this way, for the first time, users could hook the voice assistant to specific applications, including those made by third parties.

With iOS 13, Siri improves its level of interaction with the second-generation AirPods: the software can read all incoming communications from the Messages app. With iOS 14, users can, for the first time, send voice messages by recording them directly with Siri. Finally, the latest Apple software update: is iOS 15. Thanks to the new operating system, users can use Siri to share content on their contacts screen: from images to web pages, from map locations to music and podcasts. In addition, the voice assistant can be set to announce certain notifications automatically.

Also Read: How Twitter Works On The Edit Button, But Not For Everyone