How To Cool Android Smartphone 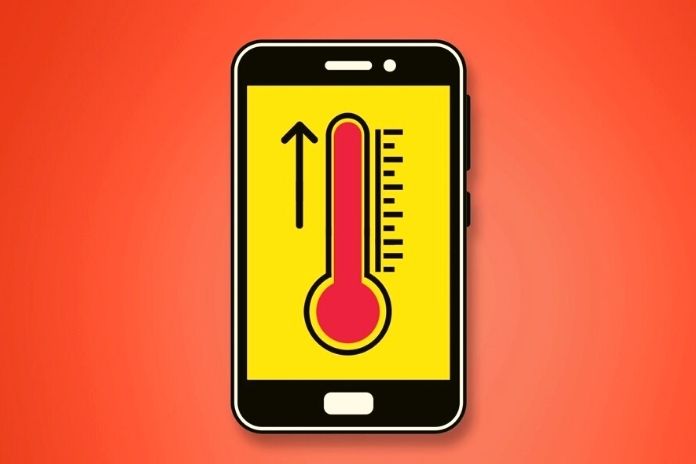 Today we will see with this guide how to cool Android smartphones. When there was a power outage, I think many have happened to use the flashlight of their smartphone for a while, perhaps through some app downloaded from the Play Store or other market to help themselves find the way and to be able to orient themselves better, but at that moment he probably didn’t understand how hot his phone was getting because his hand was holding it by the frames.

The smartphone was getting so hot on the back that it was almost no longer possible even to have it if you touched it in certain places. Knowing how to cool an overheated Android smartphone is essential, as there will always be situations or software that cause our devices to overheat. Still, you must know what causes the overheating to avoid worrying about having to lower the possible high temperatures reached.

When an Android smartphone gets too hot, perhaps because you are using a game that overheats the processor or in a scorching place, the device could suffer drastic deterioration in performance, even turning off. We certainly don’t want this to happen, and below, we will look at several solutions that will be useful for you to cool an Android phone. So let’s see what to do to cool down an overheated phone.

Act On Most Battery Applications

Battery consumption by some very energy-intensive apps and overheating are often linked. Android apps that use a lot of CPU and require some power to display graphics (such as games) can drain the battery faster due to the additional stress they place on the hardware. As a result, identifying which apps consume the most storm is often accompanied by discovering which apps make your phone turn up the heat. The battery management features that we find built into Android make it easier to find and fix these problems.

Go to Settings> Battery> Usage Details, and in this way, you will see which applications are consuming the most battery. Are there any apps that you think shouldn’t be on the list of the most used apps and that at the same time consume too much battery? These applications probably run in the background and cause your phone to overheat without you noticing. Paying attention to what you do, uninstall all the applications that appear in this list, and that you have not activated yourself, used, or have excessive consumption.

Limiting background power consumption could help cool your smartphone if you notice that a particular application consumes a large amount of power. After selecting an app from the list, you will be taken back to the Battery Usage page of the app, and from which you will be able to access the items: Background throttling or Battery optimization. The first option allows you to limit the app’s background power usage, limiting its background sync ability and other features. It would help optimize the most battery applications by selecting them from the list and then tapping Optimize from Battery optimization.

Most Android smartphones use micro-USB cable chargers, which are great because they’re universal, but that doesn’t mean you should use old cables or just any charger for your phone. You should check to see if your phone overheats while charging, considering that the chargers come in various wattages and are optimized to run smoothly on specific smartphone models. Let’s start with the fact that you should always use official chargers and cables made by your phone manufacturer.

Still, suppose you choose to address more than anything about purchase prices towards third-party wires and chargers. In that case, cheap chargers that do not specify full compatibility with your Android device should be avoided. If in doubt, if you are not sure if the cable or charger is compatible with your smartphone model, it would always be better to ask the seller for clarification.

Use Cooling Master To Cool Your Device

Many Android apps promise that they will be able to cool your phone. However, the measures taken by many of these apps will still not prevent your device from overheating in certain situations. Cooling Master, however, manages to do this job well: it searches your device for applications working in the background and then gives you a list of those using the most CPU. Next, press on Cooling to close all the applications creating the phone overheating problem, and all you have to do is wait a little while for the smartphone to cool down.

The Cooling Master app recommends that you turn off your phone screen and wait a few minutes for it to cool before continuing to use it. The app supports itself with advertising, but unlike other similar apps, it does not have in-app purchases or upgrades to the paid pro version. All the features of Cooling Master are available to you right from the start, something that many users will surely appreciate who will be able to cool their phone without spending a penny.

Avoid Situations Where The Phone Could Heat Up Much More Easily

It is also vital to consider where you place your phone when trying to cool it down. It is useless to use Cooler Master if you intend to put the phone next to a window where it will be exposed to direct sunlight, perhaps on a hot summer day. Then consider that some covers have a propensity to retain heat, which is why if you use one on your Android smartphone to cool it further, it is better to remove it and wait for the heat to dissipate faster in this way.

Some Tips To Avoid Phone Overheating

Wouldn’t it be great if we didn’t have to waste time cooling our smartphones, even though we now know how to cool them down quickly? You should avoid doing several things if you want to keep your phone cool. Here are some things you should do if you want to prevent overheating your Android device:

What Not To Do To Cool Down Your Phone Faster

If your smartphone is very hot, you may be tempted to put it in your home freezer or refrigerator for a few minutes so that the device’s temperatures drop more quickly. If you are tempted to do this, do not do it, avoid practicing this misconception, or damage the phone’s components as moisture could build up inside the device. If your phone is very hot, it starts to work in jerks or even shuts down or restarts. Just keep it off and wait a few minutes until it has cooled down.

How To Cool Android Smartphone: Conclusions

When using a smartphone with some games or phone functions active for a long time, when charging incorrectly or leaving the phone in the scorching sun, you end up with an overheated phone that may malfunction until it shuts down. If you find yourself in this case, if you have noticed that your smartphone has overheated, you should immediately provide for its Cooling to prevent the device from being damaged.