Desktop Vs Web App – The Main Advantages And Disadvantages 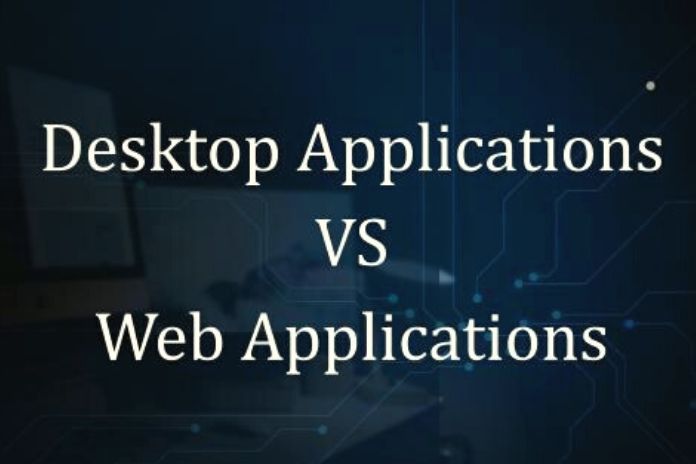 If you search for “web vs desktop” on Google, the reader quickly clarifies that the web application is a better choice than the desktop application. But is this the truth? Has the battle already been fought and won by the web apps? Definitely in some cases. Who would like to download an application online to install it then and enter “web vs desktop” there, only to then only be able to access the number of results that have already been downloaded?

Web Vs Desktop: What Does That Even Mean?

In contrast to this, desktop applications are installed locally on the computer. All resources required to run this application are available locally on the computer. They are tied to the operating system for desktop applications to function correctly. Anyone who tried to install Word on a Mac in the first few days of Microsoft Office programs will understand the problem very well. In principle, the provision of software via a web browser is the more modern variant. Nonetheless, both methods have advantages and disadvantages that make a closer look worthwhile.

Advantages Of The Desktop Application

A desktop application that does not require internet access may sound trite because it is ultimately the main difference from a web application. However, there are some advantages to this freedom from the Internet. Desktop applications are usually faster. You are not dependent on the internet connection speed – an advantage, especially in Germany. For example, if a desktop application is installed on a laptop, it could still be used in the deepest part of nowhere.

At the same time, independence from the Internet is also advantageous in the long term. Because desktop applications are installed locally, they do not necessarily have to be hosted on a server. Even if web hosting has become relatively cheap in the meantime, this cost factor is eliminated with desktop applications.

Cooperation Between Software And Hardware

Disadvantages Of The Desktop Application

Native Applications Are Limited By Hardware

Although the development adapted to the hardware, the desktop application was designed to be advantageous. It is also the first disadvantage. This adaptation to the housing also leads to a hardware dependency. For example, if there is not enough storage space, possible extensions can no longer be implemented.

Desktop Applications Are Limited To A Single Computer

Advantages Of The Web Application

Access, anytime and anywhere (at least as long as there is a connection to the Internet) and the whole thing with several users simultaneously. Everything regardless of the hardware used. This is probably the most significant advantage of a web-based application over a desktop application. In particular, multi-user capability and the ability to work within one program simultaneously make web applications so attractive in today’s age. In addition, entry via various mobile devices offers the advantage of not always having to carry precisely that piece of hardware with you.

Web-based applications do not require a download or installation. As already mentioned nowadays, even logging into web-based applications is often done via third-party providers such as Facebook or Apple ID. This means that the entry barrier for users with web applications is set significantly lower. This also increases the more consistent user experience, as there is no break in the user journey.

Disadvantages Of The Web Application

The potential for security holes within web applications is higher, assuming the desktop application was not downloaded from a seedy site. That’s because the data is hosted in the cloud. A well-known example of a hacker attack on a cloud was the iCloud attack in 2019 when celebrities published confidential material online. An on-premise installation without a connection to the Internet would not have this problem.

The question of the better choice cannot be answered across the board. Even if the answer “It depends” sounds like a hackneyed phrase, in this case, it is still the correct answer. Do you want a flexible application that can be accessed by multiple users from different devices and that is a little cheaper overall? Then a web application is the right choice. Should the application fall back on existing hardware, call up high-speed services and should the data produced only be stored locally anyway? Then the desktop application is recommended.

Learn To Use Linkedin: Find Out How To Use It To Find Work

How To Clean Up The News Section Of Facebook