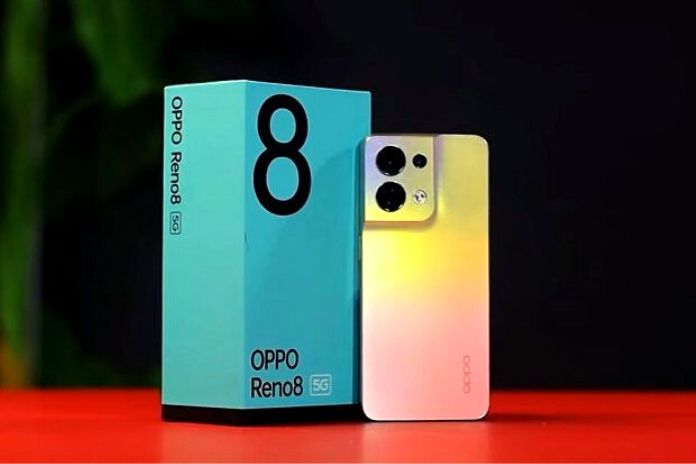 Oppo brings the new Reno8 Pro 5G, the new entry in the Reno range: a smartphone that has convinced us, albeit with some compromises.

Our analysis cannot fail to start from the design of Oppo Reno8 Pro, characterized by a unibody shell with a glass back cover, dominated by a photographic module that integrates very elegantly with the rest of the rear portion. The build quality and the finishes are the first things that catch the eye, but when you take it in your hands, you notice the difference compared to other devices in the same market segment: Oppo Reno 8 Pro is only 7.34mm thick and weighs 183 grams. It is one of the slimmest smartphones on the market, and, mainly when used without a cover, it is very comfortable to hold in the hands, despite the generous dimensions, which could make it challenging to use with one hand.

The manufacturer explained that vintage cameras inspire the design of the photographic module, and the designers have worked on a geometric arrangement of the various lenses to create a feeling of order and simplicity, as well as to enhance the sensors we will discuss in the following paragraphs. The camera bump is feathered at a 75-degree angle. As directly observed by Oppo, this prevents dust from getting trapped in the photographic module. On the left edge, we find the volume rocker, while on the right is the classic power and activation button.

There is no 3.5mm headphone jack, which has practically disappeared from almost all smartphones, an absence that helps reduce the device’s thickness. On the lower edge, we find, however, the slot for inserting the SIM, the USB-C port for recharging, and the speaker and microphone for calls. As for the colors, in the shops, users can choose between two combinations: Glazed Green and Glazed Black.

The beating heart of Oppo Reno8 Pro is the MediaTek Dimensity 8100-MAX SoC, based on the 5nm production process and which brings with it a wide range of improvements in terms of CPU and GPU performance compared to the previous generation, as well as greater energy efficiency. Oppo has also integrated a cooling system called Ultra-Conductive Cooling System, which features a series of new materials, including ultra-conductive graphite, which increases thermal conductivity. The strong point of the technical sheet, however, is undoubtedly the beautiful 6.7-inch Ultra Clear AMOLED display with 2400×1080 pixels which, thanks to the almost invisible frames, gives the smartphone a 93.4% screen-to-body ratio.

The panel, certified HDR10 +, SGS Low Motion Blur, SGS Low Blue Light, Amazon HDR and Netflix HDR, has a refresh rate of 120Hz (non-adaptive). In terms of colors, the saturation is excellent, but through the settings, it is possible to choose between two modes: lively for brighter colors and natural to mute palettes. The performance guaranteed by the MediaTek chip is also driven by the 12GB of LPDDR5 RAM and a 4,500 mAh battery that amazed us. However, Oppo has also worked on the multimedia front to make the Reno8 Pro an ideal solution for watching content such as movies and TV series and listening to music.

With this in mind, the Dual Stereo Speakers are inserted, reproducing more vivid sounds and offering a more immersive experience. Also of interest is the new X-Axis Linear Motor, which supports a variety of native vibration waveforms. The battery, as we said just above, is one of the most exciting aspects together with the screen: thanks to the SuperVOOC charging support and the 80W charger included in the package, it is possible to recharge the smartphone up to 50% in just over ten minutes, while approximately 40 minutes are required for a complete recharge from 0 to 100%.

In general, the autonomy is excellent even if you stress it throughout the day and if you activate the always-on mode of the screen. Oppo has also worked to preserve the status and health of the battery thanks to the Battery Health Engine, which, according to official data, promises to maintain 80% of the original capacity even with 1600 complete recharge cycles. However, regarding the protection of personal data and the device, it is possible to set the unlocking via face or fingerprint recognition, which exploits the integrated biometric sensor directly under the panel. In both cases, unlocking is precise and fast.

The rear photographic compartment comprises three lenses: the main one, based on the 50-megapixel Sony IMX766 sensor, is accompanied by an 8-megapixel ultra-wide lens and a 2-megapixel macro chip. The selfie sensor, integrated into the small hole on the top of the screen, is instead 32 megapixels and based on the Sony IMX709 with autofocus. The main innovation of the Oppo Reno8 Pro photographic sector is undoubtedly represented by the Oppo MariSilicon X NPU, based on the 6nm production process and capable of performing up to 18 trillion operations per second. We had the opportunity to talk about it in our recent special on the Oppo Mari Silicon X chip, but, as Oppo explains, its neural processor can perform lossless real-time image processing even in RAW, integrates an artificial intelligence for 4K video capture with up to 20-bit ultra dynamic range and 8dB signal-to-noise ratio improvement.

For videos, especially at night, Oppo Reno8 Pro has satisfied and fully respected the manufacturer’s promises, while it was possible to achieve even higher results for photos. While acquiring excellent images, the colors can be oversaturated and too “charged”, with details that can often get confused. This is felt especially for photos at night, while they are much higher for those during the day. The rear and front cameras can capture 4K HDR video. Also, in this case, the MariSilicon X chip is central, which, with its powerful HDR Fusion and Oppo proprietary AINR algorithms, significantly improves the dynamic range. There is also a night portrait mode, which uses the updated Turbo RAW algorithm to reduce noise at night and make portraits even sharper.

At the software level, we find the customization of ColorOS 12, the new version of the proprietary interface based on Android 12, which also includes the Air Gestures, the hands-free smartphone control system. This function, at least at the moment, is limited to only a series of applications. For example, it is possible to control YouTube videos by simply pushing the palm towards the screen but also remotely scrolling the feed of Facebook, Instagram and TikTok ” “. However, being integrated at the system level, it is possible to answer or end calls. However, we are faced with a customizable interface that includes many functions related to the security of personal data. There is, for example, a feature that helps prevent your sensitive information from being exposed to third-party actors when you switch between apps.

Oppo explains that over 800 applications already support this system in the official documentation. Users can also set up a different security system that requires a password to shut down the device. Also exciting is the anti-peeping system, which detects if someone else is looking at the phone and hides the details of the notifications. Still on the software front, in ColorOS, we find the Game Toolkit, which can be accessed when you open a game by swiping from left to right and shows essential system information such as time, smartphone temperature and battery, but also allows you to access additional functions such as action optimization, screen recording, voice change and it also allows you to turn focus mode on or off, so you never miss a moment of your gaming sessions.

Also Read: Google Analytics And Hubspot Are Comparison For Business