HomeGADGETSHow To Automate Actions On Mac With Quick Commands
GADGETSSOFTWARE

How To Automate Actions On Mac With Quick Commands 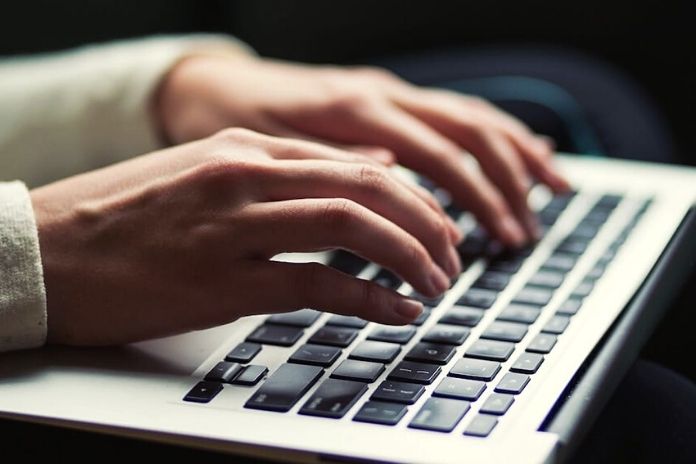 The latest version of the operating system, macOS Monterey, also introduced on the Mac a practical automation application that was already available for some time on the iPhone and iPad: Shortcuts, which is Quick Commands. Initially, the app was called Workflow: it had gained popularity and became popular with users. It was also honored with an Apple Design Award. The app was developed by the Desk Connect company, which Apple acquired in 2017. Apple has renamed it to Shortcuts, Quick Commands and has integrated it more and more with its operating systems: so far, only the mobile ones.

Still, now it is also available on the desktop, with macOS Monterey. For those familiar with the concept of macros in computer science, Quick Commands is essentially that: an editor that lets you automate a series of actions in a single command. Quick commands allow the user to condense into a single command, requiring several steps. The ideal use case is to speed up – in fact – in a “quick command” the tedious and repetitive procedures that we happen to have to perform frequently.

Automation on the Mac is nothing new at all: think of AppleScript, a scripting language that is now heading towards its thirty years. And for those who remember it, even earlier, HyperCard and its HyperTalk scripting language. Nor is the visual creation of automation new to the Mac: it is still included in macOS Automator. Automator commands and workflows – by the way – can be imported into Shortcuts, but compatibility isn’t complete. However, the interface and the Quick Commands structure increase the simplicity and the no-code approach.

A Gallery Of Ready-To-Use Quick Commands

Another arrow in the bow of Quick Commands and that this app allows you to create your commands with the built-in editor and then launch them whenever you need them. But it also contains a gallery of pre-packaged commands: search for what we need, and – if it’s available – we can run an entire process with a couple of clicks. Thus, completing a task is much faster without manually performing all the intermediate steps.

To browse the ready-made Quick Commands. First, we open the app: we can find it in the Applications folder of the Mac. In the sidebar of the application, we click on Gallery. In the Quick Commands Gallery, we can scroll through a list of categories: in each line, there is a See all link that shows the commands of that specific category. Or, we can scroll the category sideways to view more content. To quickly add a Gallery shortcut to our library, click on the plus ( + ) button in the corner of its pane. But, in our case, to get familiar with the Shortcuts first, let’s click on the box. The command-tab will open with a description.

In addition to the title, the box also indicates the number of actions of which the command is composed. The More button (the icon with the three dots) in the upper right corner of the box: clicking on it opens a preview of the command’s actions. Here we can see all the actions inserted in the command, and it is also an excellent way to understand the operating logic (and composition) of the quick commands. Quick Commands performs each action entered sequentially, from top to bottom. To get familiar with the shortcuts, let’s start with something simple.

As we have seen, there are numerous predefined ones included in the Gallery. In our example, we use the shortcut “Search List on Google,” which performs a simple web search of the entered text. In the shortcut tab that interests us, we click on Add shortcut to import it into our library. In the My Quick Commands section of the sidebar, with a click on All Quick Commands, we can view all the commands in our library: both those added to the Mac and those possibly synchronized from iPhone and iPad.

When you hover over the shortcut in the library, the play button icon appears in the top right corner – click on it to execute the command. In our example, the command requires keyboard input (the text string to search for), after which it will perform its simple task. That is to open the browser and search for the text on Google. Typically, shortcuts also have a Cancel key. Or, you can stop a running shortcut by clicking the stop button, which takes the place of the play button. But we don’t have to open the Quick Commands app first to run them – if that were the case, you would lose some of the usefulness of this tool.

If we keep the Quick Commands icon in the macOS Dock, click and hold the mouse button. Then, launch the command that interests us from the submenu. Quick commands also appear as Spotlight search results on the Mac – this is another way to find and run them. Or, even more straightforward (if the voice assistant is available on your Mac), with your voice. We can activate Siri and say the name of the shortcut to start.

There are many other options for configuring and customizing shortcuts on the Mac. In addition, as with so many other aspects of its products, Apple has also thought about transparency and privacy. Double-clicking on the shortcut in the library opens the editor. For now, let’s take a look only at the configuration part, whose panel is activated with the Quick command details button at the top right. Here, by selecting the Privacy tab, we can see that the command in our example has permission to access Google. If everything worked as it should – on the first run of the command.

We can view (and possibly revoke) the permissions attributed to the command in the Privacy tab. As we can see, by taking a peek at the other two tabs, Details and Configure, the application offers us several other options. Both for execution (for example, by highlighting the commands in the menu bar, launching them even more easily and quickly) and configuration. And then there are, of course, all the quick command editing tools.

Also Read: How To Divide The Screen Into Two Parts On Windows And MacOS