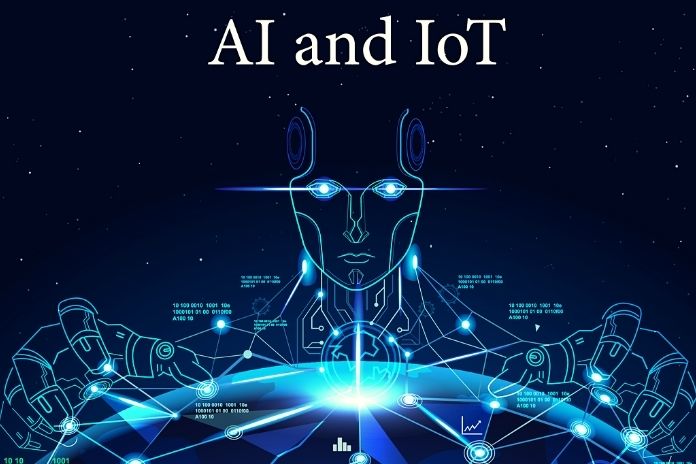 Today we hear about new technologies such as IoT (Internet of Things) and Artificial Intelligence ( AI ); undoubtedly, these are “side effects” of the digital revolution we are experiencing and which is profoundly changing the way we communicate and work. The miniaturization of electronics, the speed of data transmission, the spread of mobile devices, and the growing memory capacity and computing power – all transferred from data centers and corporate IT to homes, factories, and people (through wearable equipment: wearable) – are transforming the scenarios and contexts of reference for every activity, including marketing.

Innovations such as the Internet of Things and Artificial Intelligence are about to enter the world of marketing and promise – once again – to change the game’s rules. The advent of the web and mobility have strongly impacted the way of marketing, offering companies the possibility of communicating directly and personalized with their potential and actual customers; moreover, new technologies allow you to discover a lot of information about contacts, identify their habits, preferences, and interests, allowing you to establish a coherent and relevant dialogue with them, as well as shared, to offer targeted content and advertising – and therefore much more effective than in the past.

But the race of technology does not stop, and here we start talking about intelligent objects and machines capable of “thinking”; this means that the former will allow both to collect further marketing intelligence from the real world and to communicate in an even more pervasive way with the audience – while the latter promise to amplify this knowledge significantly by making it predictive and capable of describing complex social phenomena, with all the implications that this can have in the context of strategies for creating and promoting new products and services.

Artificial Intelligence: The State Of The Art

AI has been discussed for a long time (starting with science fiction). Still, today, although we cannot yet talk about thinking machines and “creativity,” this branch of computer science has made great strides: greater computing power and new processing architectures make it possible to implement sophisticated algorithms for self-learning, image, and word recognition, as well as the ability to understand the semantic contents of texts and to carry out increasingly accurate translations – as well as elaborating strategies, as in the game of chess.

But the capabilities of Artificial Intelligence also extend to the multidimensional analysis of unstructured data, to the discovery of hidden correlations and “causal links” – thus multiplying the level of precision with which it is possible to describe complex phenomena such as social or economic dynamics, as well as systems such as the atmosphere and its relationship to climate and meteorological events. Artificial Intelligence feeds on Big Data and manages to “read” them quickly and accurately, obtaining information and knowledge that allows companies to plan and decide in a more rational and informed way or to produce while maximizing efficiency. Today, we speak of “data-driven” economics, emphasizing that data is the basis of everything.

In marketing, we are used to dealing with information: on the market, on contacts, and products, but AI promises to increase significantly our ability to “read” the web behavior of actual and potential customers to propose to them – both based on individual preferences and large numbers – tailor-made and therefore more easily salable solutions. In short, in marketing, AI can take dynamic profiling and audience segmentation techniques to a new level to increase personalization and communication effectiveness.

IoT: What It Means

Anything that contains within it a microcontroller or a microprocessor connected in some way to the network – and which is, therefore, “intelligent and connected” is part of the IoT world; however, this does not mean much unless we explain the methods and possible fields of application in which this technology can be expressed. IoT means Smart TV, smart appliances, home automation, robotics, energy management and distribution, factory 4.0, smart city, self-driving cars, traffic control, biomedical equipment, advanced logistics, and much more – including light meters and gas.

Thanks to the IoT, everything can take on new characteristics, collect and transmit information, receive commands, and assist people in several old and new tasks. In practice, an IT infrastructure equipped with intelligent devices on its periphery has a sensory and capillary motor system, capable of relating it directly to the real world. But let’s not just think of robotic warehouses, houses where lights and heating automatically adapt to the climate and habits of people, or cars that park alone (and communicate continuously with other vehicles and the road network): the IoT is also a new way of living and working through absolutely new, light and highly autonomous tools for connecting to the network, as well as capable of interacting with users through tools that are no longer keyboard, mouse or touch screen.

We are talking about voice commands, and displays that operate overlapping the visual field and, therefore, both augmented reality that of “mixed reality”: a sort of “almost immersive” virtual reality in which real and virtual objects coexist in our perceptual horizon, offering us a sort of “extrasensory.” In practice, we can receive additional information about the things we see or touch and, at the same time, talk to the hologram of another person who is physically in another place but whose image is visible to us as if it were next to us. Finally, additional devices can amplify our tactile perceptions and make the experience of “telepresence” more engaging.

What we have just said may make us think of a science fiction film, but, incredible as it may be, it is the result of technologies already available and in an advanced experimentation phase in areas such as simulation and training – as well as the video game and entertainment sector. In any case, the IoT is a reality that produces enormous volumes of data – data that must be processed to extract knowledge, obviously thanks to Artificial Intelligence. The implications for marketing concern not only how Big Data will be used but also the fact that, mainly thanks to wearable devices, the ways both of collecting information about users and interacting with them will be much more complex and engaging.

Let’s think, for example, of an augmented reality commercial, perhaps contextualized based on the place, situation, and needs of each person. But there’s more: AI and IoT are “complementary, “as is the brain, the sense organs, and the hands: intelligent devices will transmit a lot of data from which it will be possible to obtain the knowledge with which to make objects – any type of object – more “intelligent” and aware. For marketing, this means adding more Intelligence and proximity, more listening, and proposal skills to prevent problems and needs by suggesting more effective and practical solutions. A dream? Perhaps.

A form of marketing enhanced by these technologies could rightly be called extreme – extreme in its ability to seize every opportunity and push consumers to buy, as good salespeople did: they knew their customers well, they were a bit psychologists, and in the end, they transformed the sales process into what buyers interpreted as the happy resolution of their problem. All this, however, is not obtained for free: technology must be assimilated before being applied, infrastructures must be ready, and people must be able to experience a change positively – neither as a threat nor as an imposition, much less. An attack on their privacy.

What can turn the dream into a nightmare is the fact that extreme marketing becomes too invasive – not pushy or monotonous (which should be excluded by its high level of Intelligence) but intrusive, not to mention intrusive, as it is capable of tracking every aspect of people’s online life (but also in the real world ). Already today, a lot is known about us, both in the context of search engines and social media, and the use made of this knowledge is limited to advertising within the framework of the regulations on the protection of privacy, yet knowledge is power, and out of control power generates dangers – even serious ones.

Also Read: How To Create A Social Media Marketing Plan